The 2016 AGM Awards were held in Nashville, TN on April 12th. Hosted by Gordon Mote and Josh Singletary, the night had performances by some of the top artists in Southern Gospel music including Steve Ladd.

The Heritage Of Gold Tour, featuring current and former members of Gold City, won the prestigious “Pacesetter Award” for the year!

Read all about the evening’s winners and performers here! 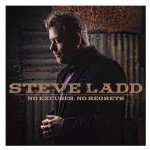